“Joanna White "Who: Originally a flutist, Joanna, 26, took up chorus and competed state wide at Harwich High School. After three semesters at berklee, she returned to the Cape and has started a band with her father, (bass) and sister (backing vocals). Jo & Co plays the gamut of styles ("Everything but opera," she jokes.), and their album, Good Times, should be done later this month. What: "Rolling in the Deep" Adele, "Bad Romance" Lady Gaga, and "White Liar" Miranda Lambert. Where: Harwichport Stroll, Grumpy's in Falmouth, Lan Ho! in Harwichport, House of Bud's in Hyannis”
— Scott Lajoie, Cape Cod Magazine; July 1st, 2011 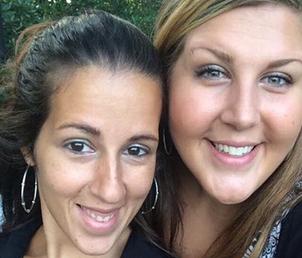 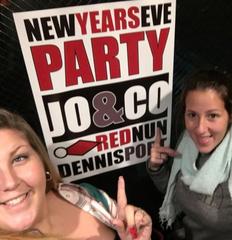 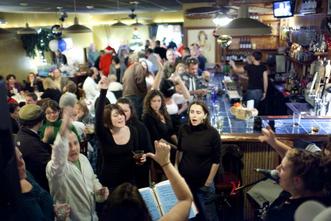 “Cape's Best Female Fronted Rocking Blues Band "JO&CO has been rocking the cape for 4 years now, beating out the best to take the title as Pixy 103's cape's Most Dangerous Band of 2009. They released their EP in June of 2010 titled "My Angel" and its available for free down load at www.reverbnation.com/joandco You can check them out at home base any Saturday night at The Island Merchant on Main st in Hyannis where they rock out your favorite covers and wow you with their powerful female fronted sassy-ness. The originals make you want to go home and write your own. Lead by Joanna's power vocal range and inspiring lyrics, this band is not one to miss. With three quarters of this band being family, its a perfect mix of old and new combined to produce an amazing time for your ears!"”
— The Deli- Kitchen, Cape's Best Female Fronted Rocking Blues Band; October 20th, 2010

"Great Music and Good Times are really what we are about, but the catch is we are really here for all ages. As our kids grow up and listen to the music our parents listened to, its good to have a band around who isn't scared to pull out stevie nicks after lady gaga. Not to mention our own works that will stay stuck in your head long after the song is done. We want to spread positive vibes every where we go. If a label and some signing is involved i dont think anyone here would say no :)"
— Jayk Watson, Beneath The Sheets Music Interview; November 24th, 2010
​